GPAX in the 2016 Philadelphia Auto Show 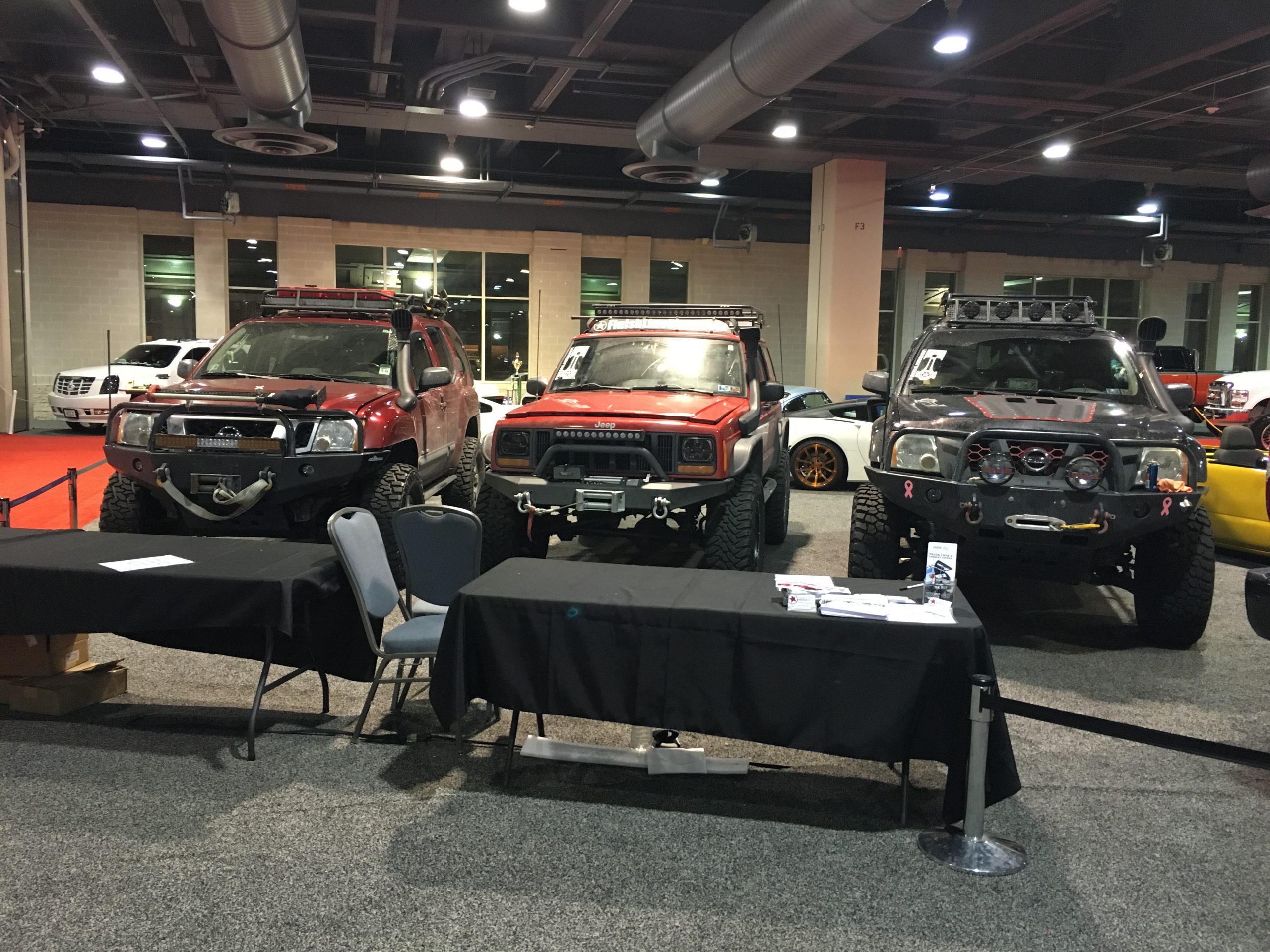 GPAX was represented in the 2016 Philadelphia Auto Show held in the Philadelphia Convention Center held January 31 to February 7, 2016.  Stephen Breslin’s 2005 Xterra and Sean Valentine’s 2010 Xterra were showcased in the DUB Show Tour section behind the Finish Line Auto Salon booth.  The DUB room hosted unique & exotic custom cars, bikes, trucks, and SUVs from around the country.  The GPAX trucks were the only “tried and true” off-road vehicles in the entire show, and were not afraid to show off the trail rash, dents, dings, and the proof that they can go almost anywhere they want!  We can guarantee that these two Xterras were turning heads all week and having people ask, “Is that really a Nissan?!?”

Thank you to Brian Cadigan for making this happen and getting everyone in contact with each other.