stephenq Posted on January 15, 2007 Posted in Photos and Videos 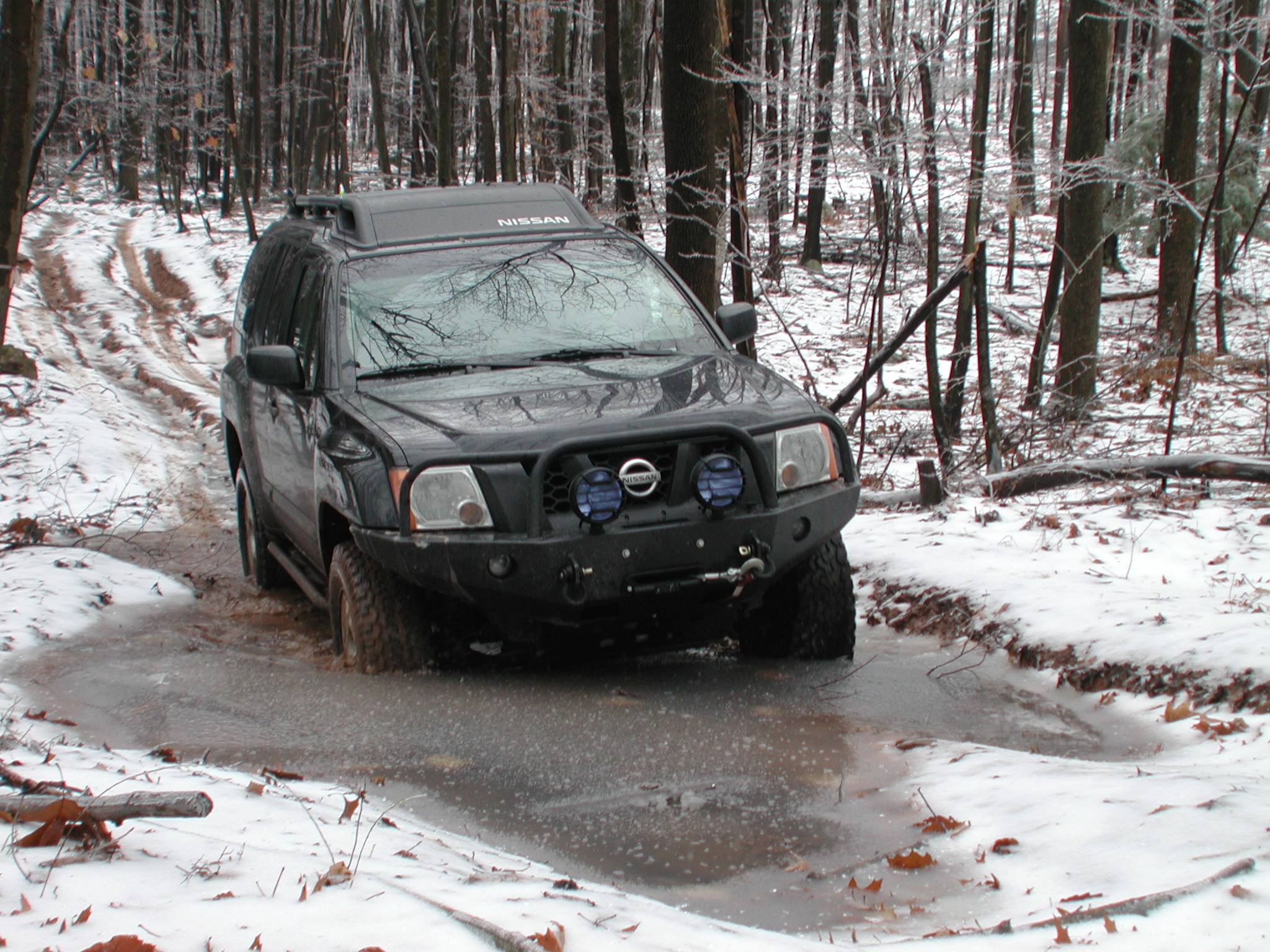 This first Shocker Run was held over 2 days in early January 2007 and Rausch Creek was chosen as the frigid destination.  The event began when a group of friends decided to spend a winter weekend on the trails regardless of what the weather would be.  The Shocker Run actually predates the creation of GPAX by 6 months.  The weather was downright freezing and all of R.C. was coated in a layer of ice.  The first day was a Friday and after attaining special permission to access the trails we had the entire park to ourselves.  We took advantage of this unique opportunity by doing things we normal would not be able to, which included running trail J uphill.  The trails were untouched and the lead truck had to break through the ice quite a few times to push ahead.  A mid day break gave us the opportunity to grill up some meat right on the trails.  Saturday brought a few more trucks and the chance to hit some new trails.  We welcomed two FJs and a Jeep along with a couple more Xterras.  This was such an amazing event that it set the precedent for years to come.