stephenq Posted on March 10, 2015 Posted in News, Photos and Videos 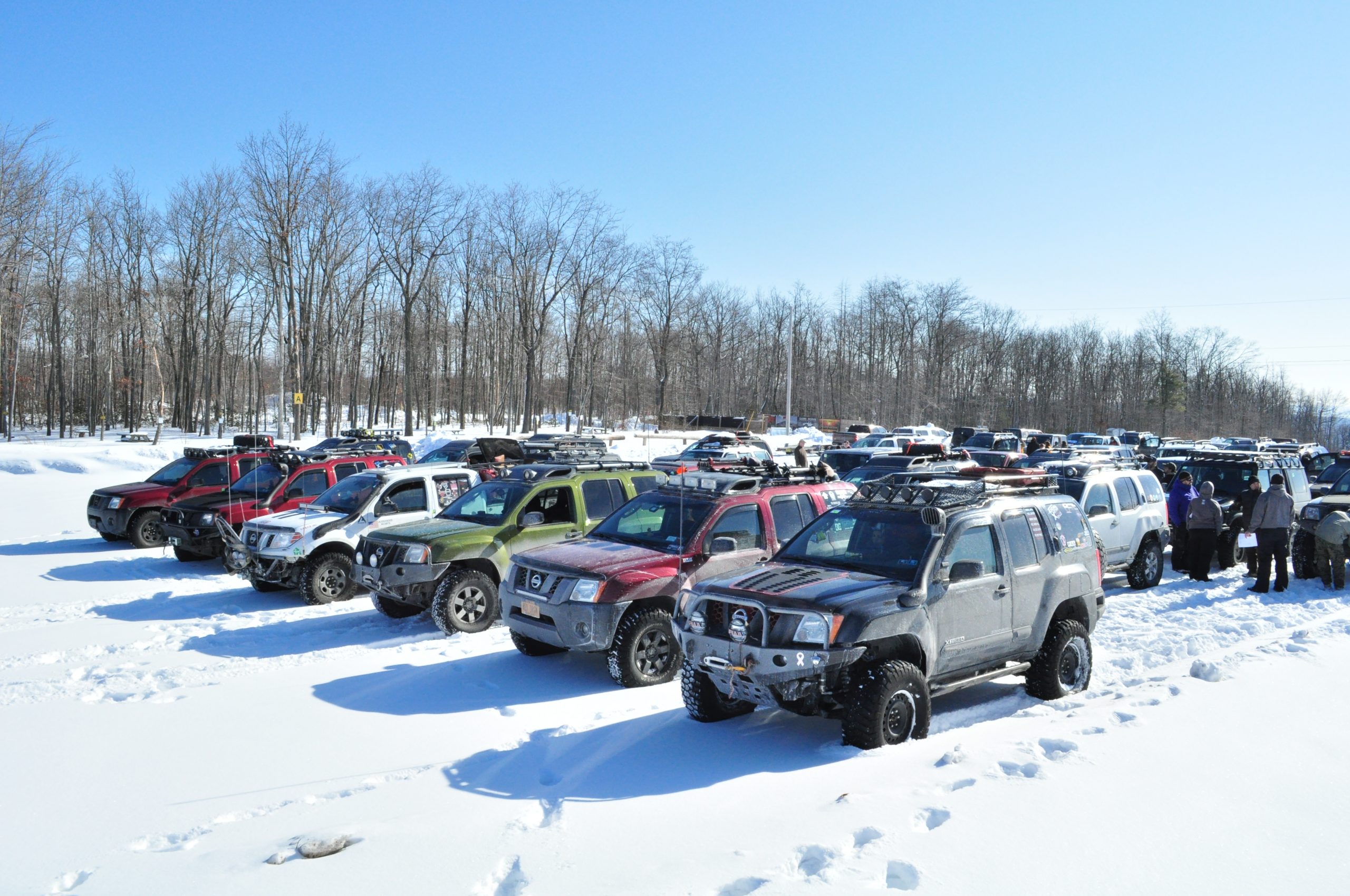 The Shocker Run # 8 began on a crisp and sunny morning on March the 7, 2015.  The trucks arrived from all across the middle Atlantic coast, including New York, Pennsylvania, New Jersey, Maryland, and Virginia.  With a tough winter still upon the region, Rausch Creek was coated in anywhere from 8″-24″s of snow, ice, and more snow.  The park had a few areas closed due to snow drifts and unsafe ice conditions, but the Northeast section of the park was open for no additional charge because of said closures.  Like years past, this Shocker was another opportunity to test out everyone’s recovery skills.  Tow straps, shackles, tree savers, and many winches came in handy and proved a necessity to deal with the deep snow and hidden ruts that existed all over the white covered trails.  After many “stucks, slides, and digs”, the event ended with a typical, surprise snow storm as the trucks headed off the trails and into the Rausch Creek Pavillion for the raffle.  We have many great winners walk away with some amazing prizes.  A special thanks to Off-Road Gorilla for their generous sponsorship and also attending this year’s run with their SASed Xterra on 37″s!  See you at the 9th Annual Shocker in 2016!