stephenq Posted on February 27, 2012 Posted in Photos and Videos 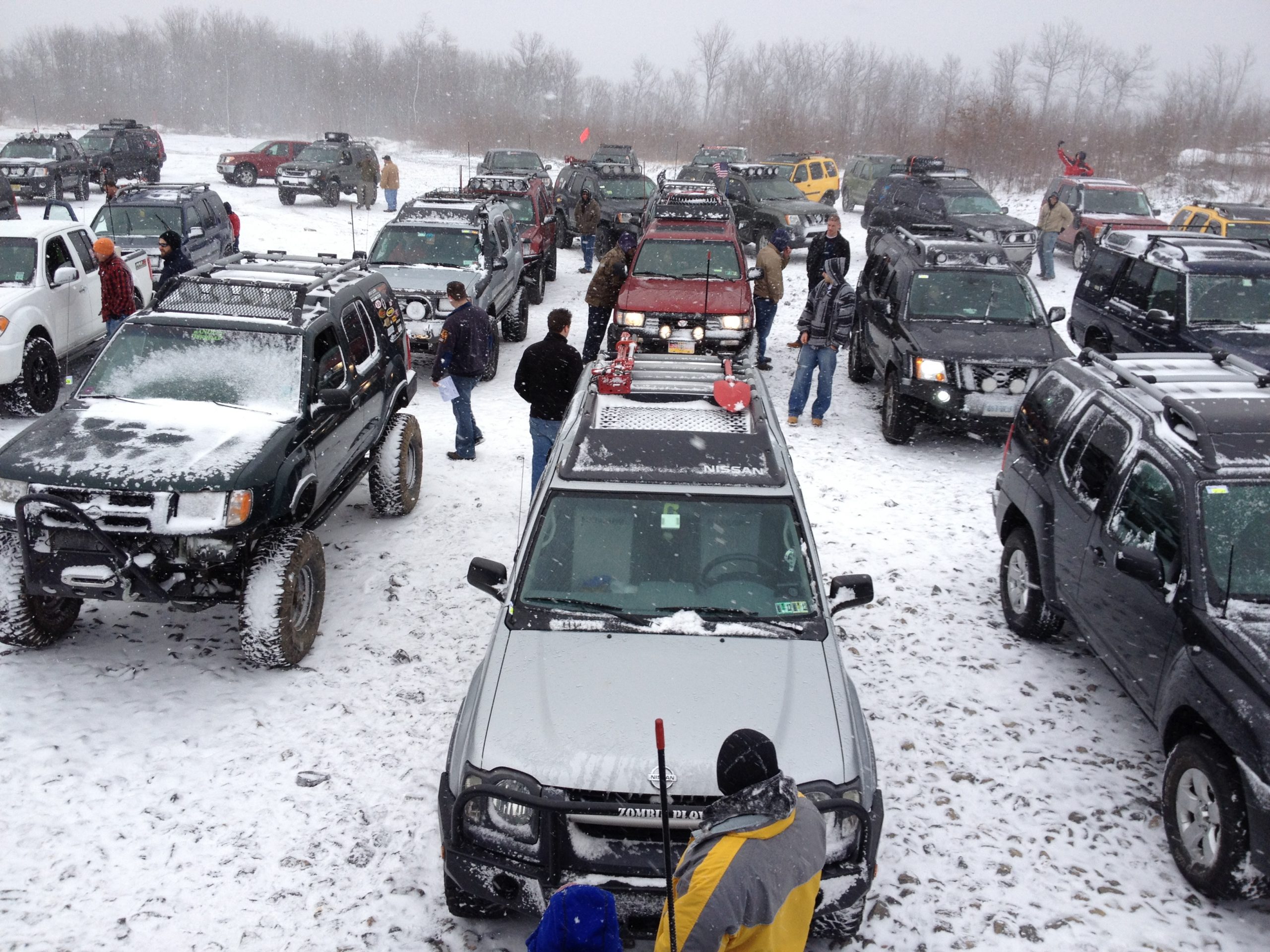 If you attended, and survived, this year’s Shocker Run then you know what an incredible and amazing experience it was!  This year’s event drew 52 trucks from 14 different states make it out to Rausch Creek!  I was personally overwhelmed with the support, enthusiasm, and team work that I witnessed all weekend at the KOA and Rausch Creek.  GPAX’s supporting members and regular attendees really showed their pride and excitement for the sport with their huge showing this past weekend.  GPAX raised over $1,000 for the club’s operating budget that can be used to support the club, the supporting members, sponsoring other large Xterra & Nissan events, purchasing raffle prizes for future GPAX events, and donating to our club’s philanthropy causes, such as breast cancer research.

This year’s Shocker Run did not disappoint as far as weather was concerned.  At 7:00 at we ascended the hill of Rt. 81 the snow began to fall.  By the time the trail leaders and and trail groups were lining up, Rausch Creek had turned into a white out with wind gusts up to 35mph!  And, wouldn’t you know it, that once most groups hit the trails, the sun came out and it became a kick ass day on the trails.  We had 7 or 8 trail groups head out just after 9am and spread out across the 4,000 acres of Rausch Creek.  There was some great times had by each separate trail group and also some unexpected carnage suffered by a few of our GPAX attendees, myself included!  Thanks to our trail leaders, Stephen Q., Jason, Michael, Sean, Bryan, Ron, and Jerry.  You guys made the day go smoothly and made everyone have a great and safe day on the trails!  Thank you to everyone who traveled from far away and several states over to attend, your attendance makes a huge difference and GPAX celebrates new people and welcomes new trucks to our events.